We were up early and packed our bags and moved them across the street to Otto’s where we were staying for our final night in Koh Lanta. Unfortunately, Rebecca still wasn’t feeling well and couldn’t stomach breakfast. I had a papaya salad from The Hut, across the street, a spicy start to my morning! We then waited to be picked up by a truck to begin our adventure for the day – the Four Island Tour.

Our longtail boat had about 10 people on our tour along with 2 guides. Our first site, was an old lighthouse at the southern end of Koh Lanta, then we headed on to the first snorkelling stop atKo Chueak. It had been over 7 years since the last time I went snorkelling in Belize, so I was very excited to say the least. Rebecca jumped right in while I was looking for a snorkel mask that fit. When I found one, I was ready to go! But first I had to wait my turn, before me an Italian girl jumped in, when she did, she started shouting back that the current was very strong and that she needed a life jacket. I threw one in to her and figured I better put one on myself if it’s that strong. So I tied my underwater digital camera to the jacket and jumped in…

When I hit the water, the snaps on the jacket came undone and the jacket was halfway covering myhead, not ideal for snorkelling. Attempting to secure the snaps back on, while treading water, I suddenly got a leg cramp in my right leg! There was a rock near by so I decided to swim (with one leg and the life jacket not cooperating) towards the rock so I could steady myself. I made one big kick with my good leg… right into a Black Diadema sea urchin! OUCH! Now in double pain, I abandoned the rock idea and headed straight back for the boat. Once back on the boat, the captain took a look at my foot and pulled out a large rusty fish hook and began to dig!  He did manage to get a good bet out but said the only way to get the the rest of the urchin needle out was to smash it up and pick it out piece by piece.

To make things worse, when I went to untie my camera from my vest, I noticed, it was full of water. I double checked to make sure it was sealed properly and it was. Unfortunately, it was just too old over 8 years and the seals must have failed.

When Rebecca got back into the boat, she said the snorkelling was amazing and she saw so many fish! Then she say the pathetic look on my face she asked what was wrong and I relayed my last 10 minutes to her. I sulked in my misery for a few minutes and Rebecca was very sympathetic, but there was a long day a head of us and just no time to be feeling bad! 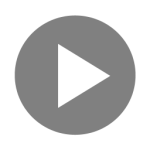 Swimming out (not my footage, but I experienced the same thing.)

The boat then headed to the next snorkelling stop, Ko Waen.This time I jumped in with no life jacket, and everything went smoothly. We say so many beautiful fish. We then headed to what was advertised as the highlight of the tour, Koh Mook and the Emerald Cave. We arrived at a large Karst (limestone) island were several other boats were anchored. This time we were told we had to wear life jackets and to bring our cameras, after quite a bit of assurance from our guide I handed over my Canon DSLR and it disappeared into a dry-sack. We all jumped in we headed towards a small opening in the side of the rock. As we entered the cave, the water was a beautiful emerald green, giving the cave it’s name. Deeper into the cave we lost all sight except for the light from our guide’s headlamp. After what seemed like a very long swim, not knowing how deep, how long, unable to avoid jellyfish (I already had quite a few jellyfish stings) and frequently being kicked by the person in-front of me, I finally saw a dim light ahead. When we reached the other side,it opened up on a small, white powder sand beach surrounded by jungle. Stunning. It would have been paradise if there weren’t a 50+ tourists in such a small area. We stayed for about 20 minutes soaking in the beauty, then headed back through the cave. 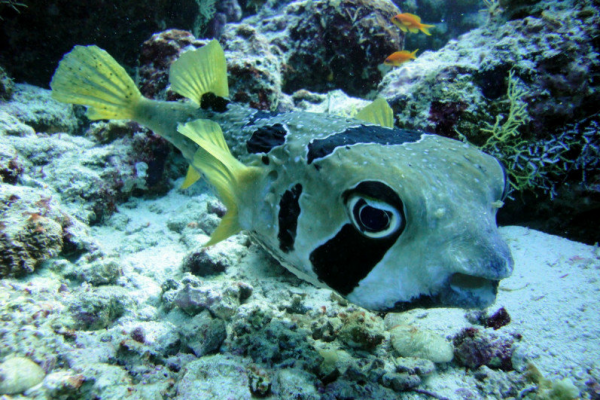 We then headed to Koh Ngai for a delicious lunch of, curries, rice and fresh fruit for dessert. After lunch we had nearly an hour left for some off shore snorkelling, this is my favourite, as you can go at your own pace, if you get tired, lay on the beach, then back in when you get too hot. Granted the fish aren’t as plentiful off-shore as they are out at the reefs and rocky islands. However I did manage to spot a large fish, only later to find out it was a Porcupine Fish aka a Puffer fish! I watched him for some time and then went to find Rebecca to show her, but of course when I tried to find him again I couldn’t.

Unfortunately, this was the end of our tour. We all headed back to Koh Lanta and then a transfer for us back to Klong Nin. After the long day in the sun we opted for a few mango smoothies, with a dash of rum, on the beach. Here we met Delphine, a french woman travelling on her own. We chatted with her on the beach for some time and decided to meet up later for dinner at the Rasta Bar where I had the most amazing blueberry mojito.

We ended the night with Delphine inviting us to light her sky lantern with her, we all sat quietly watching it melt into the vibrant starts of the night. 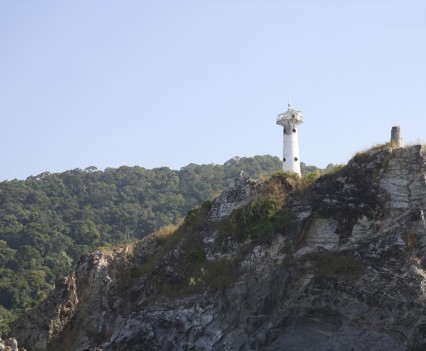 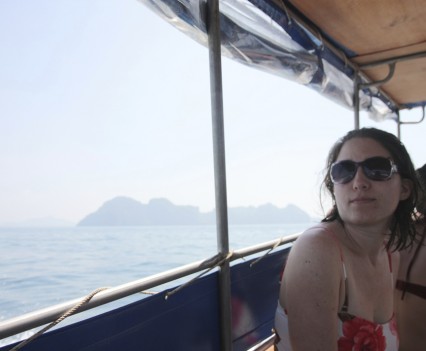 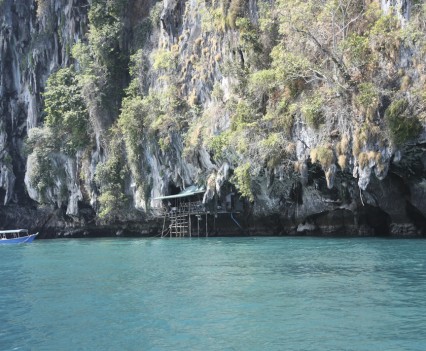 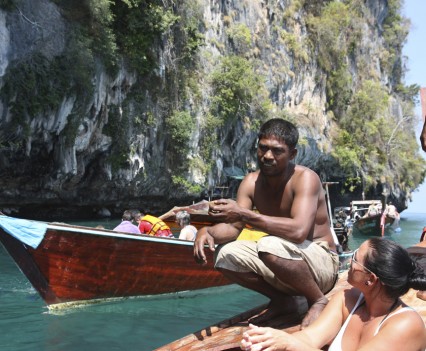 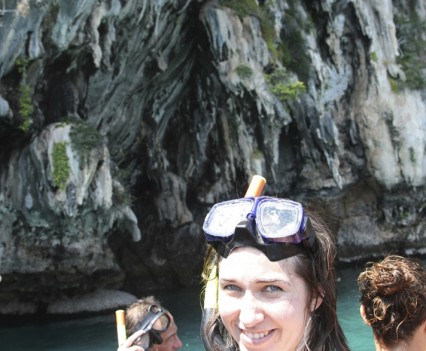 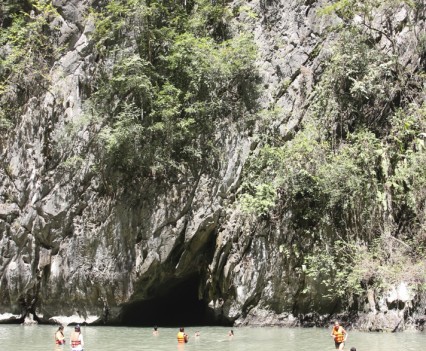 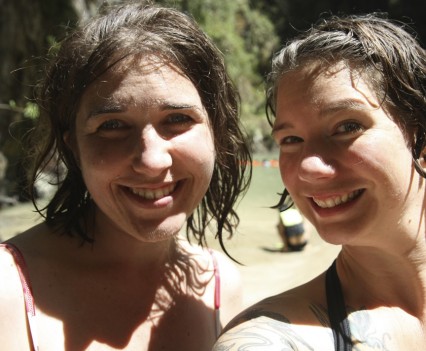 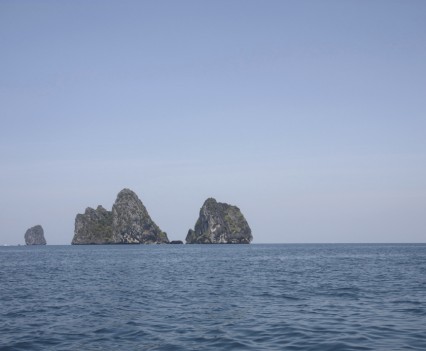 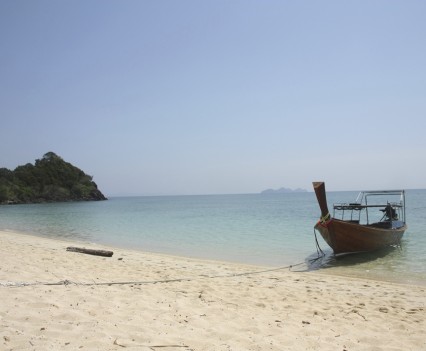 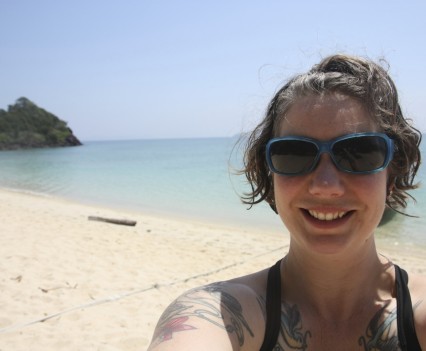 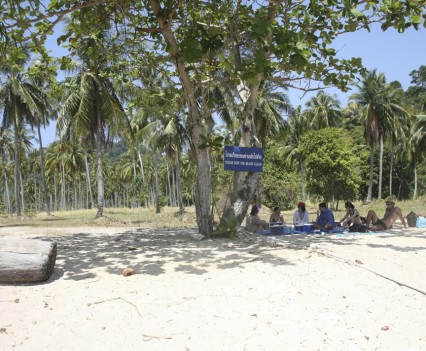 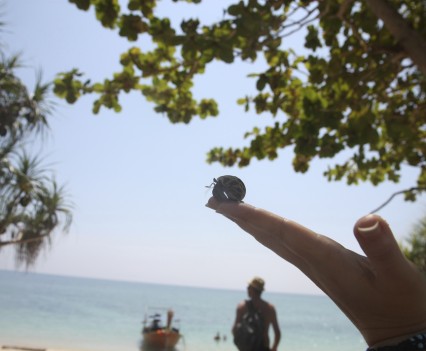 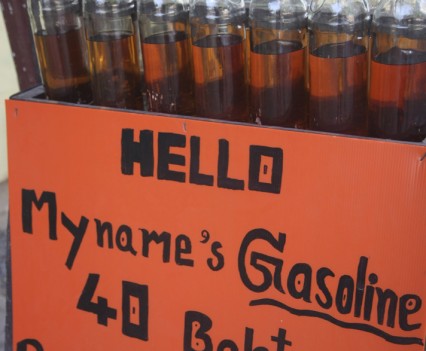 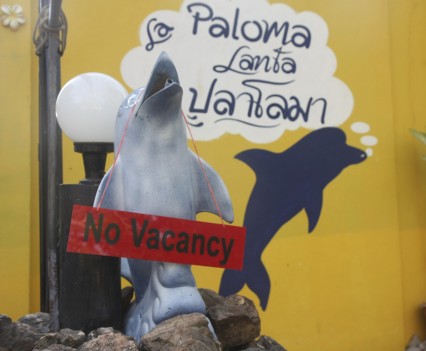 Far too many of these signs 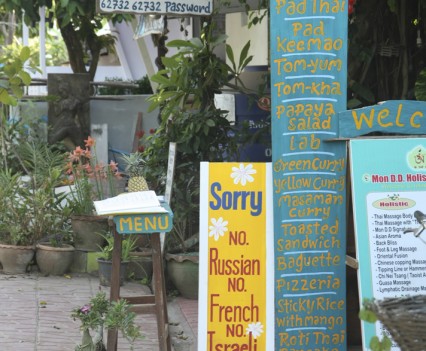 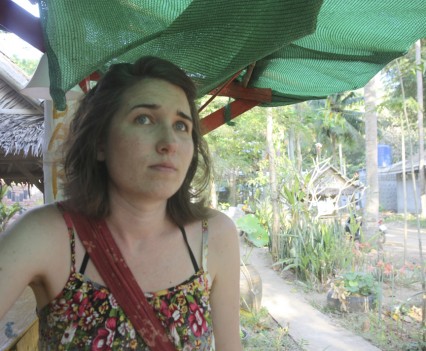 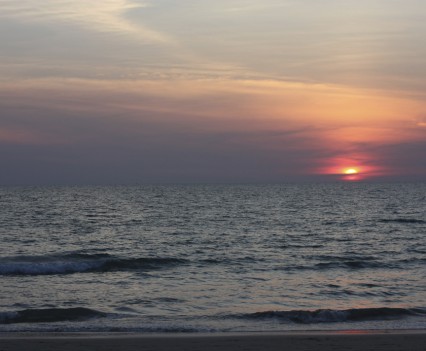 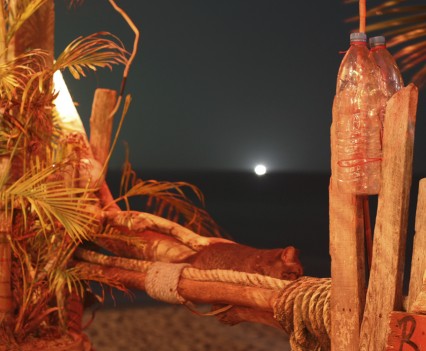 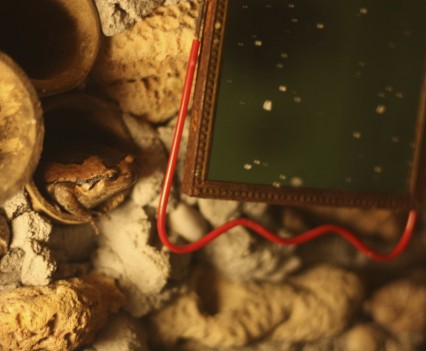 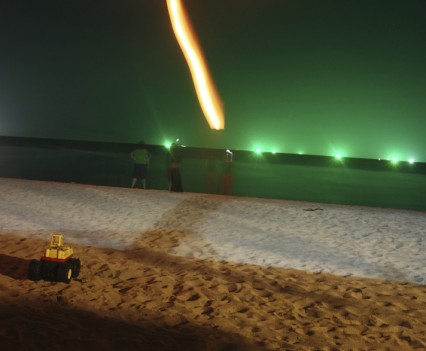 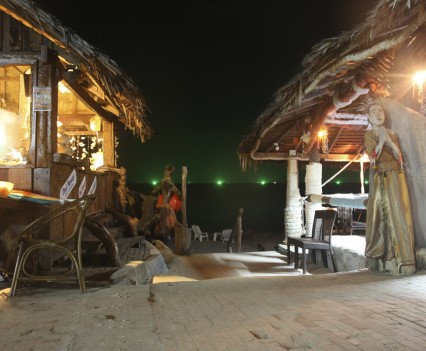 Otto’s home for the night